The Australian Muslim Achievement Awards (AMAA), hosted annually by Mission of Hope, aims to acknowledge and celebrate some of our most respected community leaders from across the public, community, and not-for-profit sectors.

The AMAA is an opportunity for Australian Muslims to recognise one another, acknowledge their public contributions, and service in their respective areas of excellence. It’s an internal community.

Nora is an academic, well-published researcher, author and humanitarian who has dedicated her career and time to human rights advocacy and community work. She is the national manager of refugee settlement and Community Action for a Multicultural Society (CAMS) Program state-wide coordinator with the Islamic Women’s Association. In addition, Nora also sits on the board of directors for Crescent Foundation, Multicultural advisory council to the Queensland government and is an Adjunct Research Fellow at Griffith University. Nora completed her PhD at Griffith University in sociology focusing on Muslim civil society organisations in the socio-political context in Australia.

Nora comes from a family who fled their homeland at a very young age after facing persecution, finding refuge in the US and later settling in Australia. Nora has helped found several organisations including the Sakina Refuge Inc, a crisis accommodation shelter for culturally and linguistically diverse women escaping domestic violence. In 2006, she co-founded Australian Muslim Advocates for the Rights of All Humanity (AMARAH), which is dedicated to human rights, civil rights, social reform and inter-community relations. In 2006, Nora has previously received the prestigious award of Australian Muslim Woman of the Year, Nora was a finalist for the Queensland Australian of the Year award. 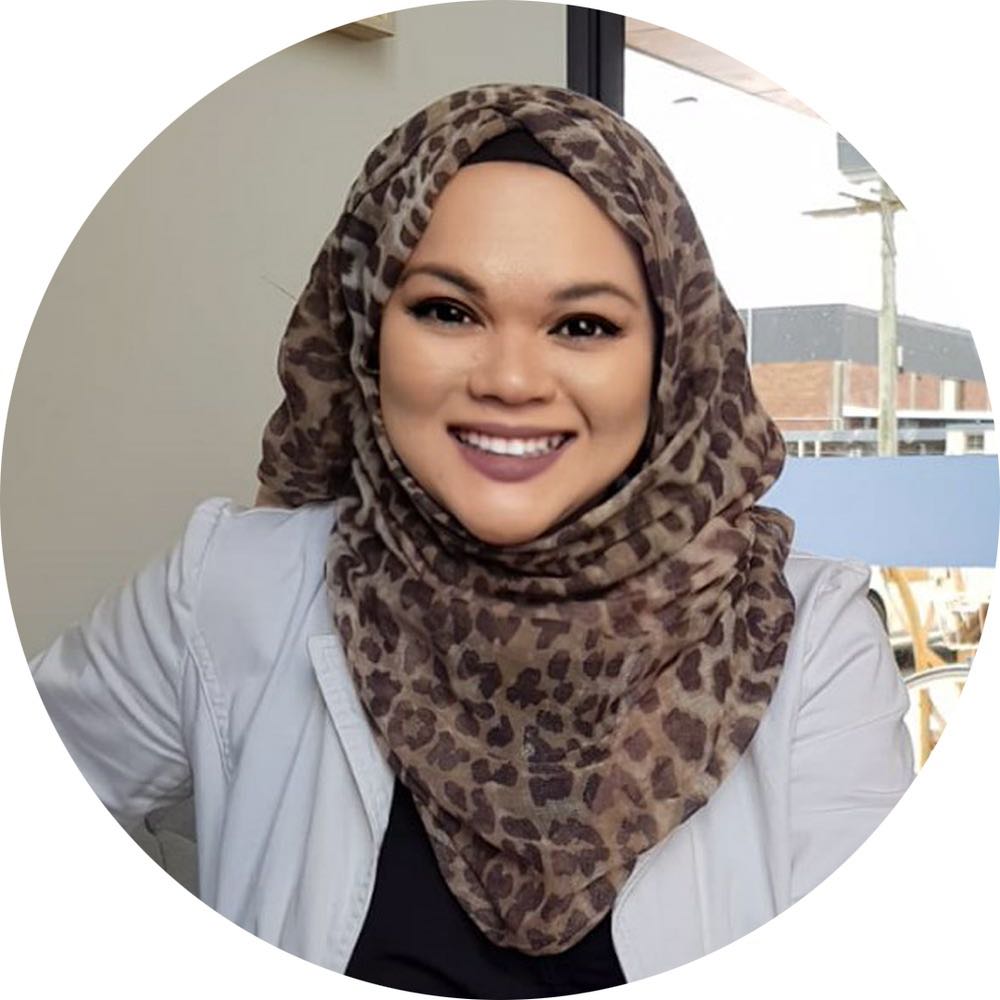 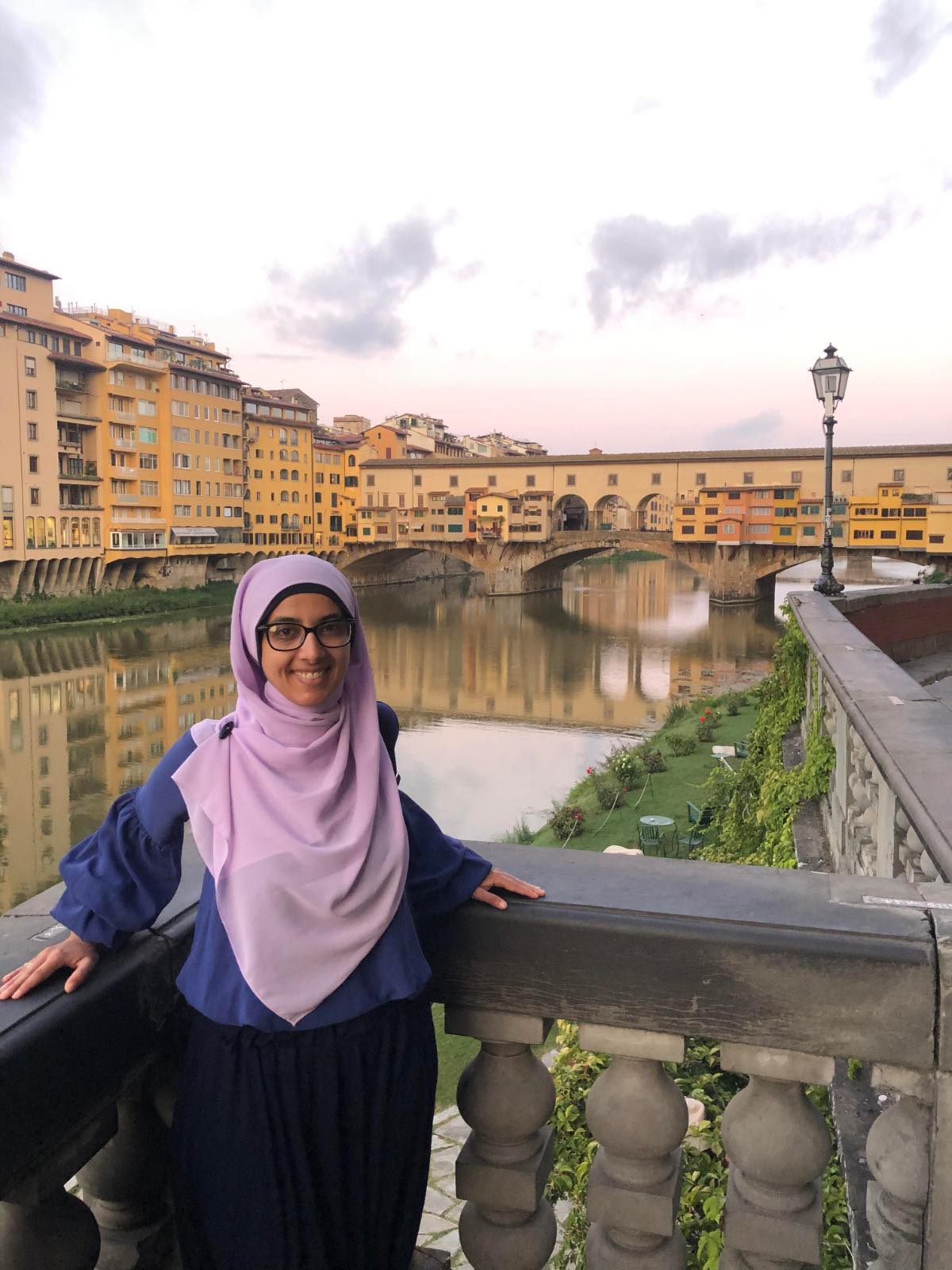 Sara is a practising doctor, graduating from a Bachelor of Medicine and Bachelor of surgery from the University of Melbourne. In addition, Sara has completed a research PhD in Paediatrics focusing in gene therapy and has published her research. Sara has also raised $1.5 million in philanthropic projects.

Sara is a strong advocate for autism awareness primarily because her youngest child has non-verbal autism and has been a vocal commentator on all things COVID-19 during the pandemic and to debunk misinformation which has attracted unwarranted criticism in the digital space. Her Facebook page has garnered a substantial number of followers where they can get quick and easy access to reliable information on health literary pieces, COVID-19 analysis and autism reflections.

Taghrid is a popular food blogger, mother of four, a food enthusiast and a self-taught cook bringing wholesome meals family tables. She is best-known as ‘Mama Ghanouj’ sharing her recipes to empower others to cook for themselves and their families. Her popular food blog shows how traditional dishes can be made easy for the modern family. Her cooking style is inventive and is a fantastic guide to producing extravagant meals in half the time and at half the price. Taghrid teaches at The Culinary School in the south-west of Sydney and has earned the nickname The Culinary Sweetheart from her gentle manners and passion for helping both women and men channel their inner chef.

Although her background is Lebanese, Taghrid shares sweet and savoury recipes from food all over the world that will get you excited to cook. Despite learning to cook at a later stage in life, her main aim is to inspire and help newlyweds and young Mums create easy recipes. Taghrid has also received an award in 2021 from Community Care Kitchen for her outstanding service to the community. 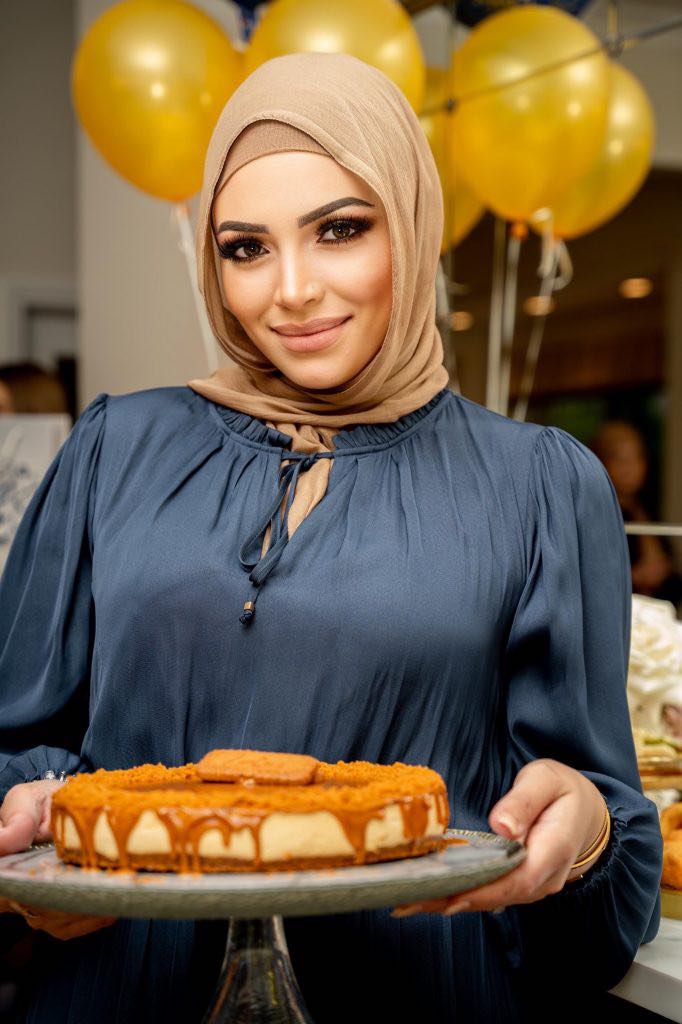 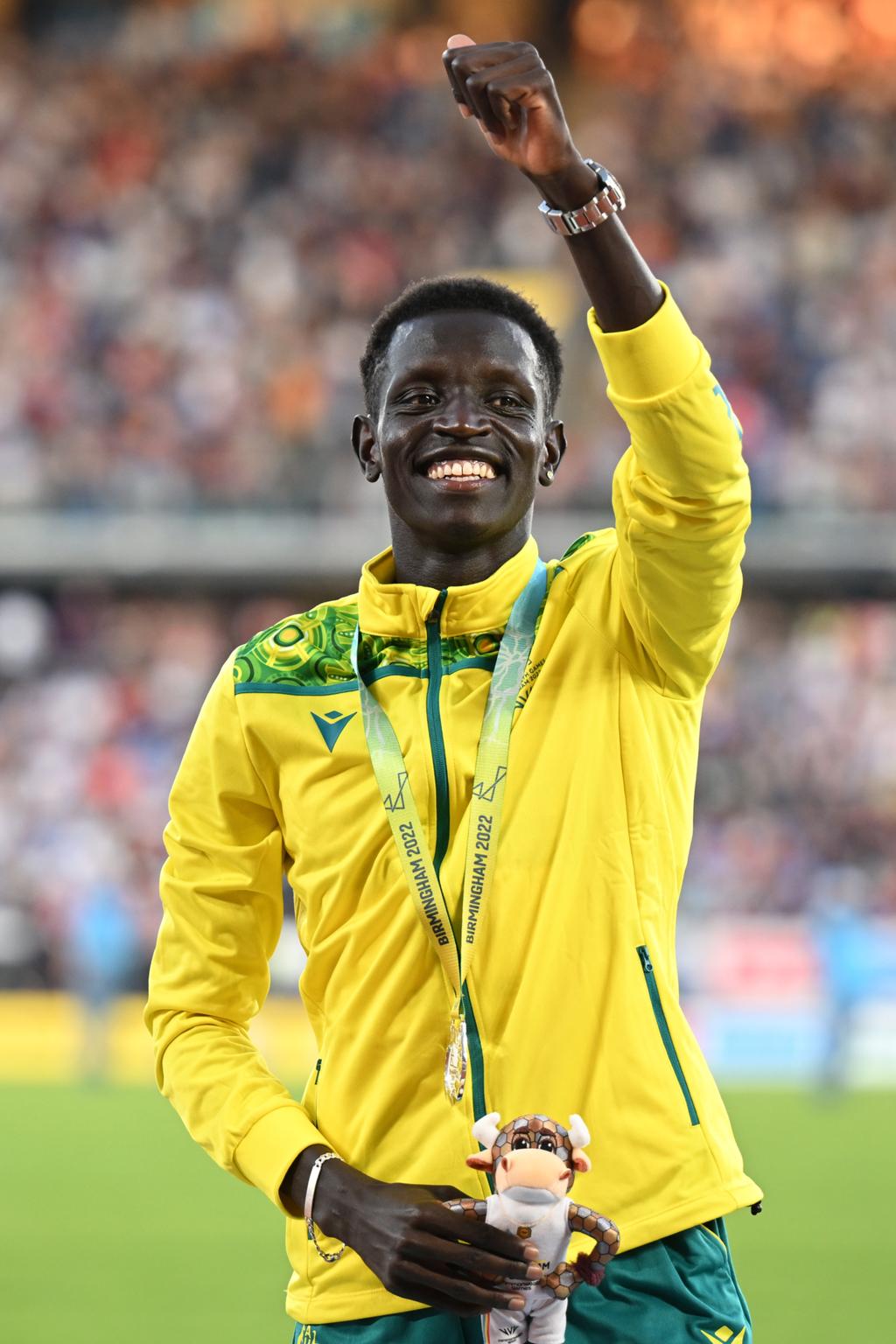 Peter Bol is Australia’s fastest 800m athlete in history and has represented Australia in the Tokyo and Rio Olympics, Commonwealth games and several times at the World Championships. Peter was born in Khartoum, Sudan, he and his family emigrated from Sudan to Egypt as refugees when he was four, fleeing the civil war. After they settled in Egypt for six years, his family obtained humanitarian status through the UNHCR, first arriving in Toowoomba, before the family settled in Perth.

Peter commenced his athletics journey at 16 after an athletics school carnival. One of his teachers approached Bol and convinced him to join an athletics club, promising to help him find a mentor, a club and a coach. Since then, Peter has won numerous National titles, a silver medal in the Commonwealth Games and captured the hearts of the Australian public at the 2020 Tokyo Olympics. He has also done a lot of work helping and mentoring underprivileged youth, working with a number of charities including Youth Activating Youth, Pushing Barriers and at the Sudanese Saturday School.

Captain Mona Shindy is one of just 100 Muslims in the Australian Defence force, she is the third woman to serve on an Australian warship and won the Telstra Business Woman of the year in 2015. Mona joined the Navy at a time of great change for women in the defence force and was pioneering organisational change as a weapons engineer/cultural advisor. She has shown great passion to challenge entrenched attitudes to difference and believes Australia can get to a place of strong pride in the idea of a shared national identity. She recently published her book, Shattered Identity Bias’.

Captain Shindy has received undeserved vilification on her decision to wear the hijab with her uniform, but as the chief of navy’s strategic adviser on Islamic cultural affairs, she is determined to bridge the understanding gap between various communities. She aims to create a better understanding among Defence members of the Islamic faith, traditions and cultural sensitivities to improve defence capabilities. Mona is a role model for the Muslim community and is involved in many community and school mentoring programs. She hopes to motivate and inspire others, especially Muslims to think about the ADF and Navy as a career. 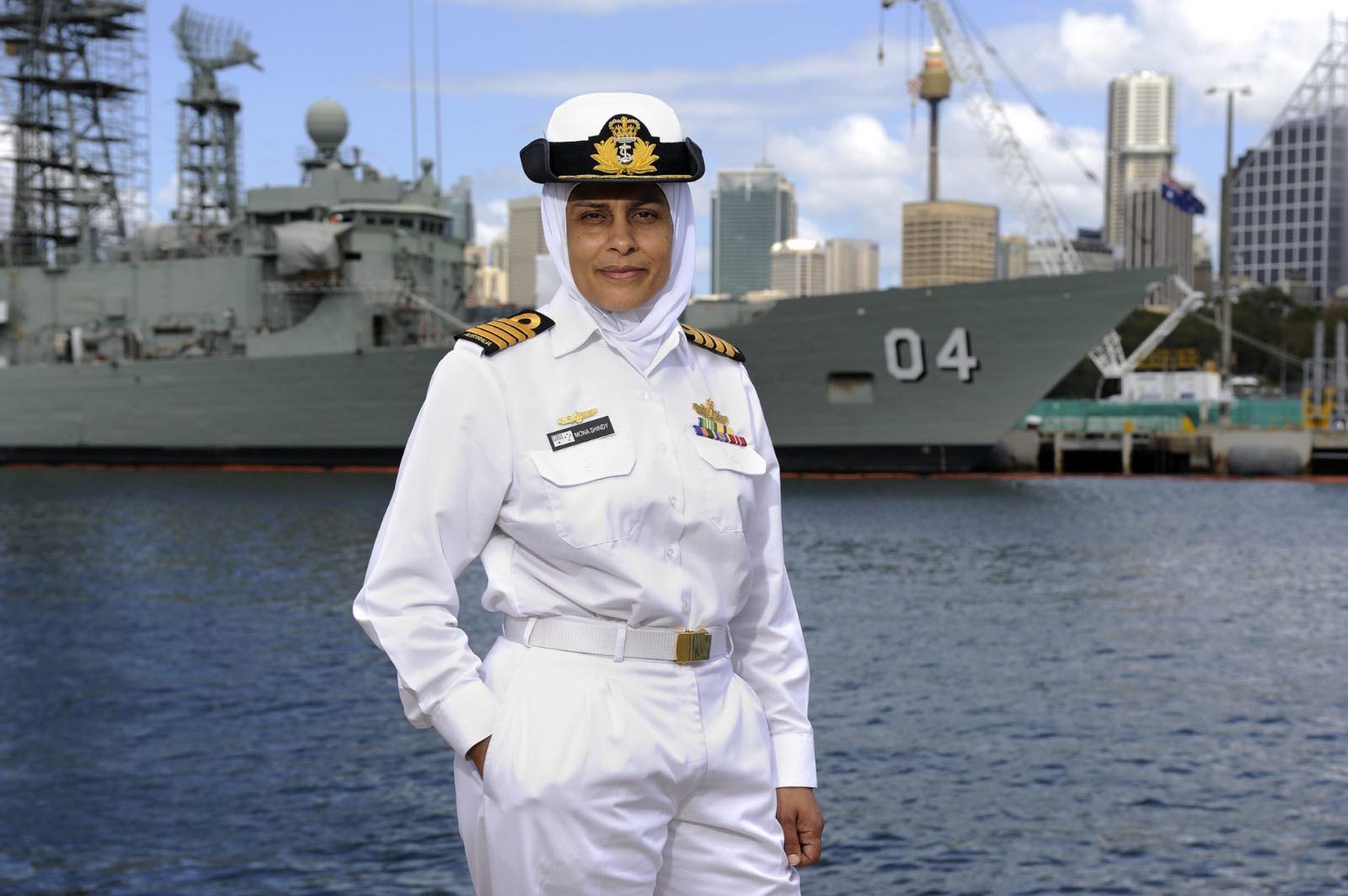 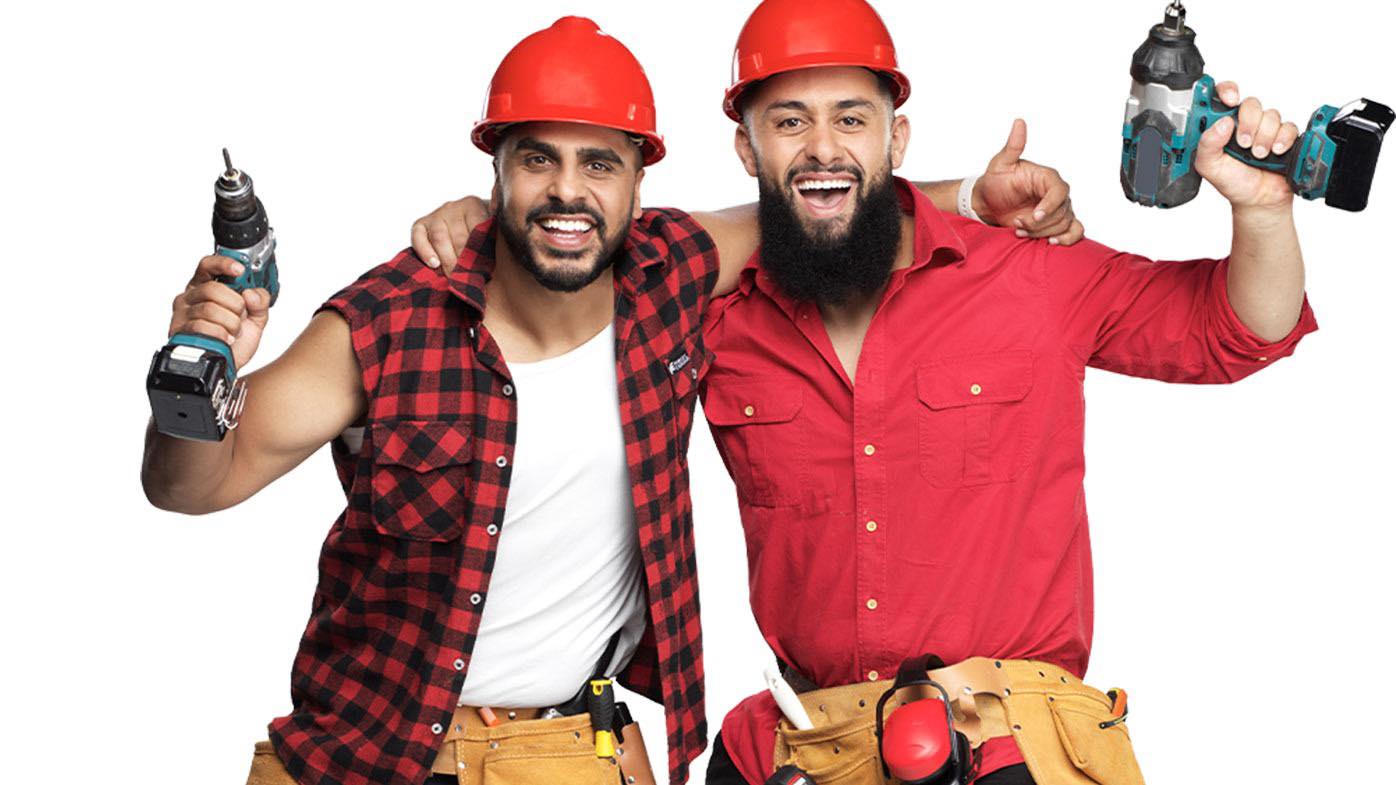 Omar Slaimankhel and Osman Malik (Omar and Oz) are the first Muslim contestants on the popular Channel 9 TV reality tv show, The Block. Omar and Oz are best friends and not shy to show how proud they are as family men, wanting to make a difference for their children, change the perspective of ethnic Australians on national TV, and never shy away from their public expressions of religious practice. They have been shown fasting the Holy month of Ramadan, going to the mosque, explaining Ramadan and Eid, and even directly addressing any perceptions of racism they believed that they experienced with confidence and integrity. They face many personal challenges in the show for example being disadvantaged in challenges that they have to sit out because they do not consume alcohol because of their face, they have shown dignified responses despite the disadvantage.

“We are Muslim and I am Lebanese, but I am Australian Lebanese,” Oz said. “I’m a proud Australian and I want to show what two Muslim Aussies can do.”