Shaykha Dr. Rania Awaad, M.D. is a Clinical Associate Professor of Psychiatry at the Stanford University School of Medicine where she is the Director of the Stanford Muslim Mental Health & Islamic Psychology Lab as well as Stanford University’s Affiliate Chaplain. She also serves as the Executive Director of Maristan.org, a holistic mental health non-profit serving Muslim communities. At Stanford, she is also the Associate Division Chief for Public Mental Health and Population Sciences as well as the Section Co-Chief of Diversity and Cultural Mental Health in the Department of Psychiatry and Stanford. She pursued her psychiatric residency training at Stanford where she also completed a postdoctoral clinical research fellowship with the National Institute of Mental Health (NIMH).

Her research and clinical work are focused on the mental health of Muslims. Her courses at Stanford range from teaching a pioneering course on Islamic Psychology, instructing medical students, psychiatry residents, and clinical psychology trainees on implicit bias and integrating culture and religion into medical care to teaching undergraduate and graduate students the psychology of xenophobia. Some of her most recent academic publications include an edited volume on “Islamophobia and Psychiatry” (Springer, 2019), “Applying Islamic Principals to Clinical Mental Health” (Routledge, 2020), and an upcoming clinical textbook on Muslim Mental Health for the American Psychiatric Association. She has also produced a toolkit, fact sheet, and CME course on Muslim mental health for the APA. Dr. Awaad is particularly passionate about uncovering the historical roots of mental health care in the Islamic intellectual heritage and has two upcoming books on the topic. In addition, she is faculty of Islamic Psychology at the Cambridge Muslim College and The Islamic Seminary of America. She is also a Senior Fellow at the Yaqeen Institute and the Institute for Social Policy and Understanding. Dr. Awaad has pioneered the founding of the first Muslim Mental Health Community Advisory Board (BAMMH CAB) in the US. She has also established multiple Muslim mental health clinics, clinical training programs for clinicians, and educational training programs for religious and community leaders that are custom-tailored to address the mental health needs of the Muslim community.

Prior to studying medicine, she pursued classical Islamic studies in Damascus, Syria, and holds certifications (ijaza) in the Qur’an, Islamic Law, and other branches of the Islamic Sciences. Dr. Awaad has also previously served as the first female Professor of Islamic Law at Zaytuna College, a Muslim Liberal Arts College in Berkeley, CA. In addition, she serves as the Director of The Rahmah Foundation, a non-profit organization dedicated to educating Muslim women and girls. Dr. Awaad has been the recipient of several awards and grants for her work. She is a nationally recognized speaker, award-winning teacher, researcher, and author in both the Islamic and medical sciences. 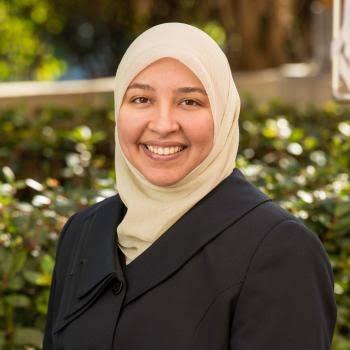